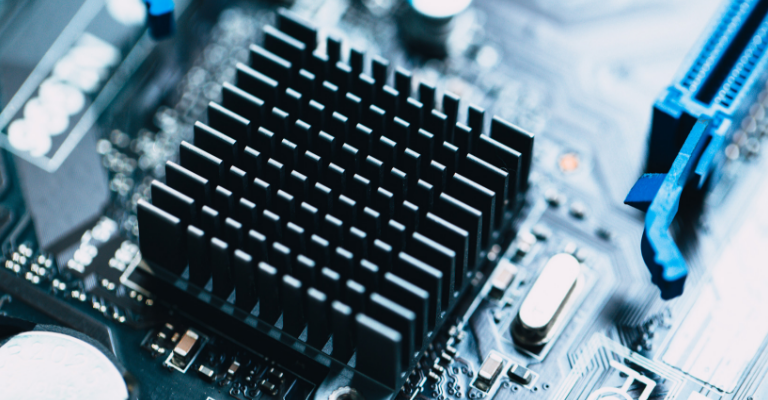 The Importance of Thermal Management in PCB Manufacturing

Around 50% of printed circuit boards fail because of heat stress. The management of thermal loads on PCBs and their components is crucial to the longevity of the electronics they are embedded in. This is especially important in PCBs used in automobiles, LED lighting, and renewable energy. PCBs embedded into these types of devices are exposed to higher temperature loads than a circuit board in a laptop computer, for example.

Power components generate a large amount of heat. Power components are used in many PCB applications, so configuring boards in a manner that they can be used safely is essential.

Thermal loads are most easily dissipated by the use of copper layering, vias placed under power components, the use of cold walls, thermal padding, and component spacing. The most successful outcomes combine some mixture of these techniques to achieve optimal results.

One of the most common ways to prevent PCB overheating in situations where power components or other heating elements are heavily used is to use PCBs that contain metal cores. Metal core PCBs or MCPCBs can also be insulted and are called IMPCBs for short.

Why Use a Metal Core?

When using a metal PCB core and drilling vias below power or other heat generating components you open up more total surface area on the metal layer for the heat to escape. Vias allow the use of thicker metal cores, using a thicker metal core with vias will dissipate more heat than not using these two techniques side by side.

Another PCB core design includes an insulated metal core. This is where the core is insulated with a thin coating of glass or resin. The design of the insulation mounting will work to keep thermal energy traveling to the atmosphere through the core rather than dissipating back into electrical components on the PCB. IMPCBs are commonly used in applications where power components are present.

As vehicles become increasingly automated PCBs that are being put into the are becoming more complex. Adding in the electric energy component of EVs creates another layer of complexity for PCB design. One of the most significant issues with autos is the weather.

Humidity can easily enter traditional PCB housing, cause shorts, and damage parts. The use of airtight housing slows down the thermal conductance of the unit enough to pose a problem as well. Currently, autos use heavy IMPCBs, but research is being done on materials that can better withstand moisture because thermal output by components is harder to overcome.

Lighting applications that require circuitry to be close vary from monster screen and lighting displays at a concert to the smartphone in your pocket. Lighting PCBs are usually simpler than PCBs used for computing, but they do have to regulate how the display is powered, and both power components and light bulbs let off heat. Often in these cases, IMPCBs will be used, and the PCB will be externally insulated form the light source by thermal padding.

These PCBs will hold many many power components to be able to transfer the electrical load to a battery or other end use. In renewable energy applications, IMPCBs are commonly used with very carefully spaced components. Depending on the number of power components heat sinks, cold walls, vias, and pads are used in tandem to additionally control thermal loads.

Thermal loads on PCBs directly affect their performance and longevity. This makes the management of heat dissipation, or lack thereof, critical in the development and manufacturing of PCBs. Everything must be considered, the heat output of components, the output of in the environment surrounding the PCB, and the applications the PCB is being used for. Research continues on materials and circuits that can more efficiently dissipate heat and moisture.

Until then MC and IMPCBs will continue to be leveraged to leach heat away from sensitive components for optimal operation.

Our Assembly Tolerances can be seen here.