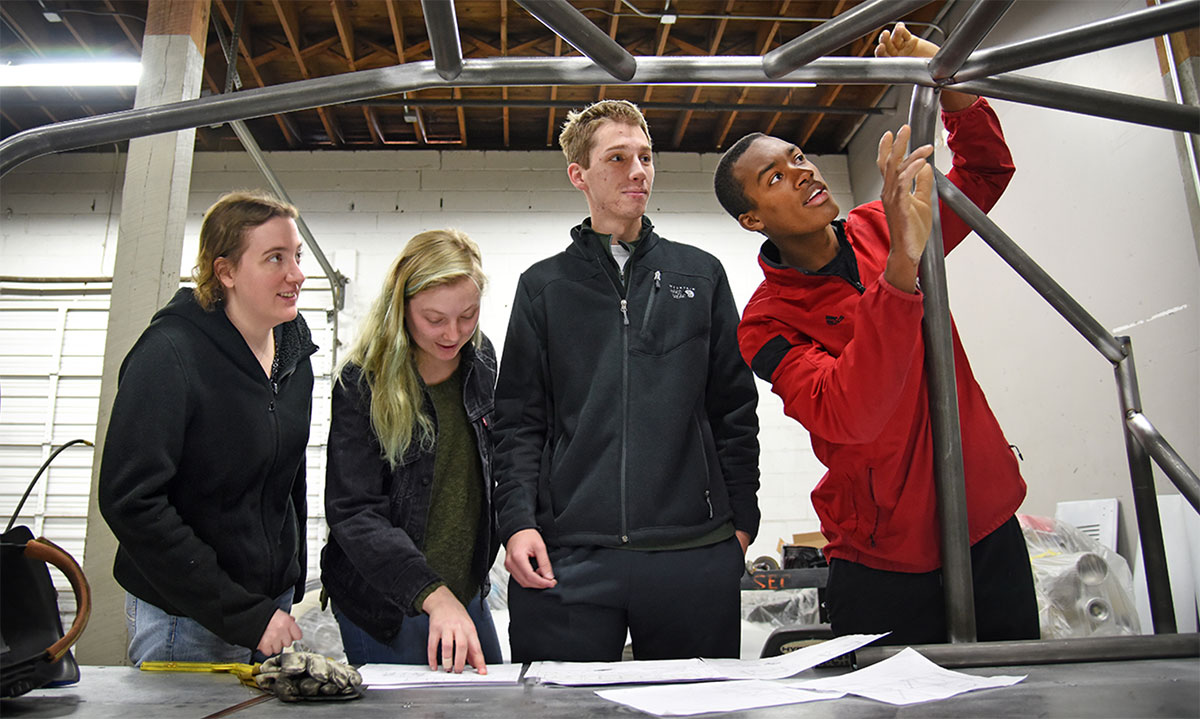 The American Solar Challenge is about half a year away but the SolarPack team from North Carolina State University, with sponsorship from Imagineering, is making sure that this year’s event will be unlike anything before.

The American Solar Challenge is a biennial race of solar-powered vehicles designed and built by collegiate solar car teams from all over the world. Teams typically race small vehicles with enough room for a single person, the driver. However, this year SolarPack will be racing what amounts to a real car, with room for passengers and cargo, like groceries. It may sound like SolarPack may not win the race with this type of larger vehicle, but that’s not the team’s goal.

The team of NC State student engineers and designers worked together to overcome technical roadblocks. For example, the sunlight that is absorbed by solar panels on a vehicle is not enough to power the car alone. The team developed a creative design that included space for solar panels as well as batteries to store power and then power the vehicle later, while also remaining aerodynamic in order to use as little energy as possible.

SolarPack wanted to develop a real vehicle, one that consumers would actually want – a vehicle that shows what’s possible for the future of the auto industry, rather than just cross the finish line.

In July, SolarPack will head to Hastings, Nebraska for the Formula Sun Grand Prix to qualify for the official Solar Challenge – a 1,700-mile, nine-day race to Oregon set to start directly after the Grand Prix.

Imagineering is a proud corporate sponsor of SolarPack specifically, and of the development of tomorrow’s technology overall.